They certainly were for me, triggering as they did, the core idea of my first novel, The Picasso Provenance. Yes, and this scary fact reminds me just how long it took me to get my act together: another seventeen years to see it finished and out into the world. 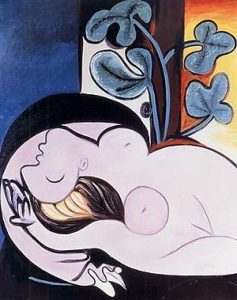 They occurred the second week of November 1999, and the beginning of the Fall auction season dominated by the auction houses of Christie’s and Sotheby’s. Christie’s sales took place on Monday and Tuesday, while Sotheby’s sales ran on Wednesday and Thursday, in the best English gentlemanly fashion. To the art market’s delight, Monday November 8 and Tuesday November 9 at Christie’s saw the salerooms spring-boarding the trade out of the doldrums it had been languishing in during recent years. Monday’s auction saw a selection of Impressionist and Post-Impressionist Art fetching over $88 million with forty-eight lots sold out of fifty-two offered. The next evening’s sale was devoted to Twentieth Century Art, where thirty-eight works fetched a, then, staggering $99,991,500—almost a hundred million (including premium). The star of this show was Pablo Picasso’s 1932 Nu au fauteuil noir (Nude in a black armchair) which fell to a hammer price of $41 million ($45,102,500 including auction premium)—a healthy profit for a painting purchased from a New York gallery only thirty years before for $200,000.

Wednesday evening, it was Sotheby’s turn where forty-four lots realized over $70 million, the stellar turn being another 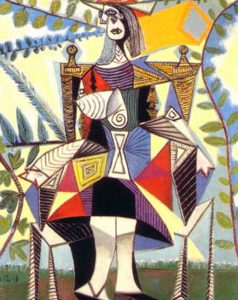 BUT BACK TO The Picasso Provenance

At this time, I had been working full-time in the wholesale end of the Antiques and Art Market for fifteen years, and though I was constantly busy I still scribbled away whenever I could grab an hour or so. Nothing I wrote during my early years has ever seen the light of day— after all, what did I know about the world? At first, I believed I was still too young, and resolved to wait until I had a reservoir of successes, failures, loves, hates, threats, death and near-death experiences under my belt before I would be qualified to write. I wasn’t presumptuous enough to believe that my opinions, insights, or creative efforts had enough validity to stand the test of others reading it.

However, as the story around The Picasso Provenance took shape, my view began to change. I knew the plot was good, my characters multi-faceted and authentic, and that everything that I’d written was credible. I rewrote and rewrote and rewrote until I felt it was ready for submission to agents. Then, in late 2003, I submitted the first 10,000 words to the London Book Fair 2004 Lit Idol contest (modelled on American Idol and Britain’s Pop Idol) for unpublished writers of commercial fiction.

From worldwide entries of over 1,400 submissions I was excited to be informed that I’d made the final 30 Long List, only to be later contacted by Ali Gunn—a top agent with Curtis Brown, and one of the judges—that she ‘loved’ what she had read, and that I’d finished just outside the final five. At her request, I mailed her the full manuscript—and heard nothing, until I phoned her office seven months later, only to be told that she was passing on it as she felt that it wasn’t pacey enough. [Since then, industry insiders have suggested that it simply got lost in the system and was overtaken by events].

Discouraged, I put it aside for a couple of years, before tackling it again and, addressing the ‘pace’ issue, tightened the story till it squeaked. Even then, in 2013, when I was accepted onto the prestigious Faber Academy ‘Writing a Novel’ course in Bloomsbury, London, the novel underwent further dissection, discussion and polishing until it gleamed. Finally, after a series of ups and downs, I published it in 2016 – almost seventeen years after I started it. It seems a long road from New York, November, 1999.